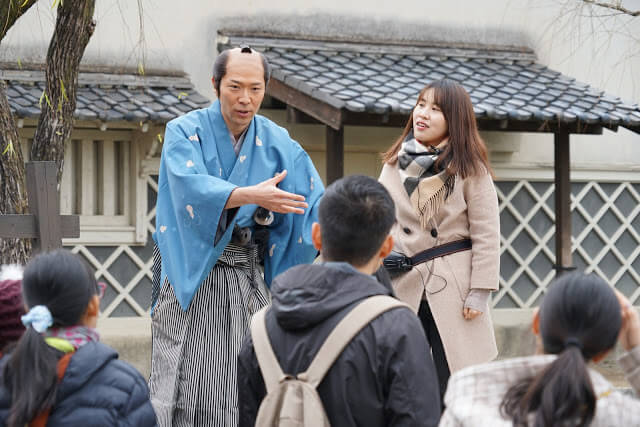 1. Japanese movie archives and exhibition tour
The Hall of Fame, which displays the artifacts of people who have contributed to the film industry, as well as posters and movie equipments, is highly regarded by avid movie fans and experts. The valuable movie materials were introduced in English and Chinese in an easily understandable manner.

3. Open movie set guide by actors
It is the first historical drama theme park in Japan. The reproductions of Edo Town and other locations in the park are used for real movie shoots. The actors xplained the location shooting set and shooting techniques, attracting interest for Japanese period dramas.

4. Film studio guide by actors
Visitors were able to visit the indoor studio, usually closed to the public, where they learned about the stage, background and props. In order to enjoy period dramas more, actors reproduced a common scene in a samurai house, explaining the mechanisms of a movie shoot which viewers are usually unaware of.

5. Samurai experience
It is an interactive event teaching about the structure and conduct of katana. Toei actors used katana (sword props) actually used for shooting, and taught about the samurai manners and how to use a katana in an easily understandable manner. It was an event where you could learn the spirit of samurai from the last samurai living in modern times.

6. Free time in Toei Kyoto Studio Park
After the group tour, visitors had free time in the park. 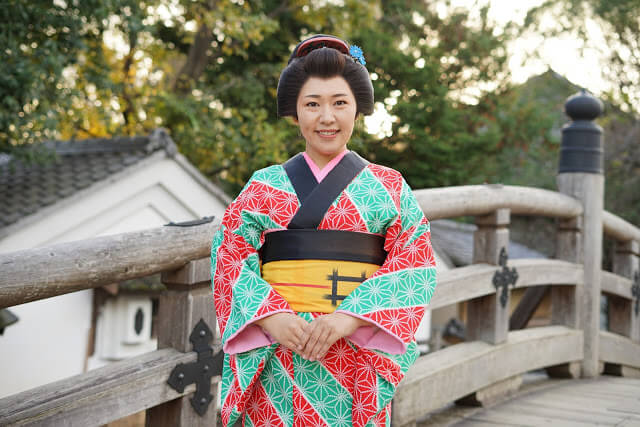 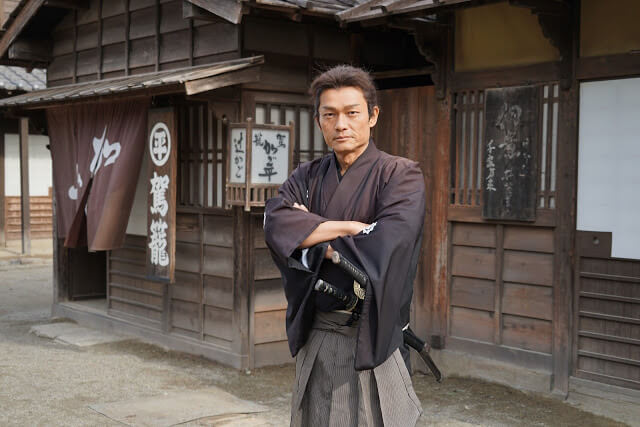 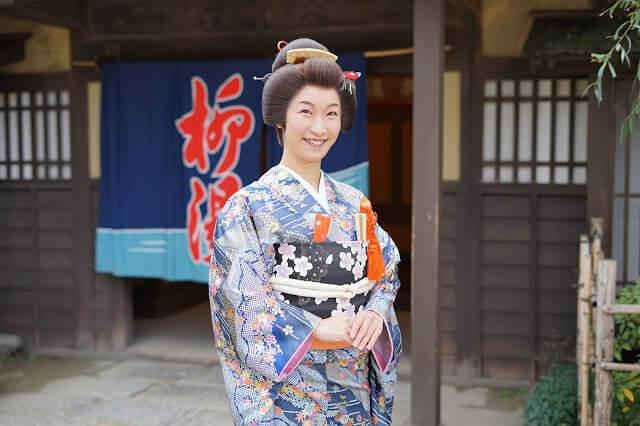 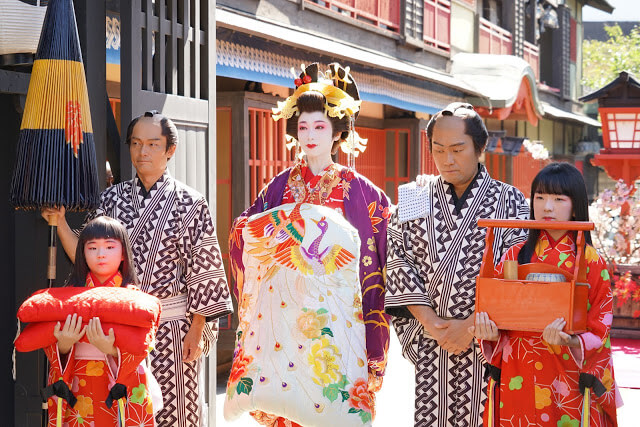